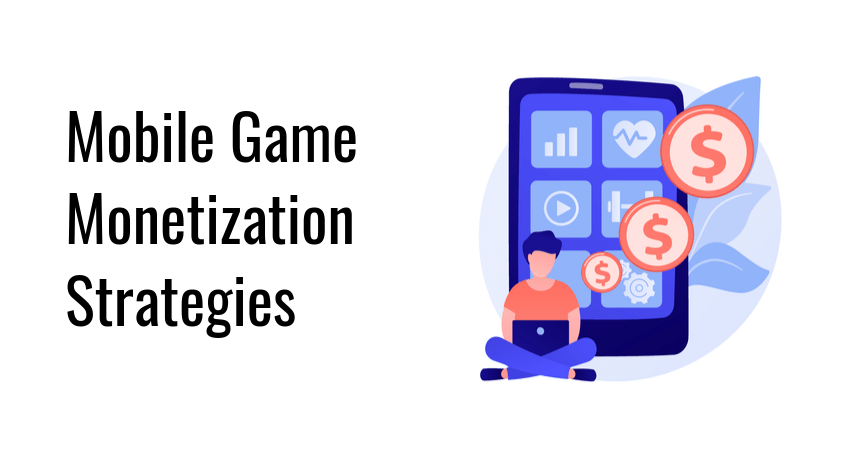 The mobile games industry has the reputation of being all too eager to embrace the shadier aspects of video game monetization. Only in mobile gaming do we find games that penalize players with locked gameplay features, time limits, grind, pay-to-win multiplayer, and of course, ads.

Despite these predatory attempts at monetization, mobile games are still raking in record profits, proving that mobile gamers are willing to put up with anything to get their daily fix.

Let’s now examine the strategies mobile game companies use to squeeze out every last penny from hapless gamers.

It’s interesting that the most basic, direct way to monetize video games, i.e., selling them as complete products, is probably one of the least used in mobile gaming. Charging a one-off fee fell out of favor with a broader transition towards games as live services.

Games-as-a-service (GaaS) publish content in small portions instead of providing it all upfront upon purchase. That said, there are still mobile game developers willing to sacrifice a portion of their profits and produce games with player happiness in mind, and not monetization.

In-app purchases are one of the two pillars of mobile game monetization, the other being ads. They come in several varieties, depending on the type of features players can purchase. There are three main categories of in-app purchases.

Consumables are one-time bonuses players can unlock for a fee. The fact that consumables expire after use means that mobile game publishers can keep selling them to players over and over again. This sneaky tactic brings in enormous profits. Typical consumables include:

Cosmetics are audio-visual customization options players can unlock for a fee. They don’t affect gameplay directly, but they tend to play a large role in multiplayer, where they function as bragging rights.

In the past, cosmetics were typically unlocked after completing specific challenges within the game. Today, cosmetics are purchased separately, sometimes for crazy prices. Games with RPG elements can even get away with selling individual clothing items, such as shoes, pants, hats, etc.

There are games where you can pay to permanently unlock certain features such as new playable characters, multiplayer access, new game modes, additional levels, and other forms of content.

Permanent unlocks are less frowned upon than other monetization methods because they offer clear benefits at a fixed price. But as was the case with cosmetics, most of these features used to be included by default in older games. Gating them off behind a paywall is a clear downgrade in the relationship between game publishers and gamers.

Glimpse is the perfect platform for gaming content monetization. Share you gaming streams with the Go Live feature, then sell access to your gaming VODs using your My Store page.

You get to keep every dollar earned as Glimpse has 0% fees.

Ads, though often criticized, are still the most popular way to monetize mobile games. This monetization model assumes that there are advertisers willing to pay to have their content broadcast in a game.

Games with ads are typically free to play but you have to be willing to put up with ads in regular intervals. Ads come in several varieties, with different degrees of intrusiveness.

A mildly intrusive type of ads are banner ads, which are displayed in specific sections of a game’s UI. Because they’re always there, it is relatively easy to ignore them or just embrace them as a non-essential part of the UI.

Interstitial ads are similar to TV commercials in that they interrupt the action on screen to “bring a message from our sponsors”. Depending on when they’re displayed, they can be moderately or severely intrusive. These ads are tolerable if they appear at predefined points in the gameplay loop but seriously invasive if they appear at random moments.

Playable ads are small games within games, similar to demos. Their role is to entice the player to take an active role in the advertising process, to make them more willing to conduct in-game or out-of-game purchases.

Rewarded ads are similar to playable ads in that they offer players something more than just exposure to advertising content. In the case of rewarded ads, the players are rewarded with various in-game bonuses for accepting to watch ads.

Battle passes are subscriptions that unlock certain in-game rewards. The rewards are typically not awarded upfront. Instead, players have to play the game with the battle pass enabled to unlock bonuses, items, achievements, and other rewards.

A season pass is a subscription for upcoming game content. Instead of purchasing new content upon release, players are encouraged to go in blind and subscribe to future updates, irrespective of how they turn out in the end. This has led to many cases of player frustration as season pass content ends up being scrapped, or is of substandard quality.

VIP passes are subscriptions that make games more convenient to play. They do this by adding and removing specific features. For instance, some games disable ads for VIP accounts. Others provide exclusive content or in-game currency bonuses, lift restrictions on timed events within the game, etc.

These methods don’t belong in any of the previous categories and are relatively new, so we grouped them here for easier reference. It is possible that in the future these methods will become more mainstream.

Meta-layer monetization is the practice of selling content, features, and gameplay mechanics that are (allegedly) not part of the core experience. Examples include:

The massive popularity of video game streaming has led some mobile game companies to publish games that are commonly called “streaming fodder”. These games are designed to make them more interesting to play when they are being streamed. They usually include random elements, social media integration (such as the ability to tweet from within the game), and a healthy dose of humor.

NFTs are virtual property tokens that can be traded as stocks and other speculative financial assets. Some companies are experimenting with NFTs in video games with decidedly mixed results.

Players obtain rare in-game items and then attempt to sell them as NFTs when their value becomes inflated as a result of trading and speculation. While all this is happening, companies that publish NFT games are taking a cut of every NFT transaction between players. The practice has been met with a lot of pushback from players, sick as they are from constant attempts by publishers to introduce more monetization into mobile games.

Mobile game monetization is as widespread as it ever was. Existing monetization strategies are being fine-tuned to maximize profit at the expense of player enjoyment. New methods are also being introduced in an attempt to turn every in-game action into a source of income.

All this is just business as usual in mobile gaming, and one wonders if players will ever get tired of constant attempts at monetization. However, if the recent backlash against NFTs is any indication, there might be rough times ahead for the mobile games industry.